Posted on 9 June, 2014 by Patrick Estebe in General Security

A few years ago Martinique was plagued by social disturbances. I was living in a small town on the East coast and most of the island’s roads had been blocked by the taxis. To make sure this would not lead to confrontation with the people who needed to work for a living and the people whose business depended on transportation; the authorities deployed police road blocks to isolate the taxi road blocks from the potential unhappy campers.

The priority of authorities is always containement; this was fine, as long as I was not part of the situation. However, that morning did not go as planned when our 2 year old daughter had a medical emergency that prompted my wife and me into action. With everyone in the 4×4 we rushed to the hospital, only to meet the Police barricade. Getting out of the car with the attitude of a Papa bear, I asked the police the reason for this nonsense. As soon as I understood what was going on, I interrupted the poor guy and stated:” I have a child with a medical emergency in this 3-ton 4×4 truck you have five seconds to get out of my way. When I am back behind the wheel I shall not stop!” turning my back and walking to the truck I heard him giving orders to his men to free the road and yell to the rioters: “Let him pass: he is mad! He will push through!” Having shifted in all wheel drive and in slow gear they could all see the typical attitude of the truck pushed in slow gear with full throttle. The police were faster to free the road than the taxi men who saved their vehicles by an inch, swearing and cursing at me. My daughter reached the hospital in record time. 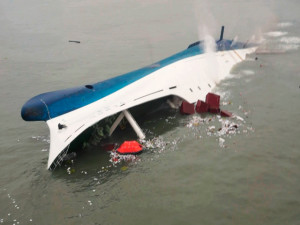 Obviously I would never recommend forcing police road block in most circumstances, I could only do this because the barricade was not a true police road block, but simply a safeguard between some fools and the rest of us and the police understood the urgency. Yet if I had bowed to the will of the authorities my daughter’s arrival at the hospital would have been significantly delayed, and we all know the value of time in a medical emergency.

More recently we have all seen the plight of these unfortunate Korean kids who were told to stay put by the crew, the authority, on the doomed Sewol ferry. The kids drowned, slowly, while the crew saved themselves. These kids were conditioned to systematically obey authorities. They died because of this, sending their last video as testimony of their plight. Most people on a ship would respect the authority of the captain, but we should all keep in mind the utterly inept Costa Concordia captain.

There are many such cases of extreme abuse of authority on land as well. The worst of them is probably that iniquitous Police raid on the 16th of July 1942 when the French Police arrested thousands (over 13000, including over 4000 children) of the very people they were supposed to protect and to serve. Many must have followed thinking that it was certainly bad to be arrested by the Police but at the same time could not be that bad precisely because it was the Police. Most were never seen again.

With this, how are we to balance respe 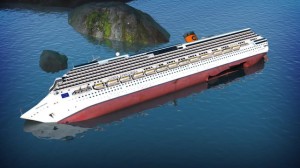 ct for authority, necessary for social order and development, with the need to question authority when it becomes necessary. And how do we know it is necessary? Obviously it will become necessary for some much sooner than others. Anarchists will claim that any form of authority is unacceptable, while a great many would rather be told what to do, as long as they do not have to take responsibility.

This post is about security so we shall stay clear of politics. An advanced society can function only if we all have enough sense to abide to authority with genuine legitimacy; elections beat civil war by a long shot in terms of personal security. Yet refuting authority the moment it loses its legitimacy can save your life. Perhaps the solution is to keep a healthy doubtful attitude toward authority at all times while following it for the common good, and being prepared to act quickly upon the first evidence of dereliction of duty. 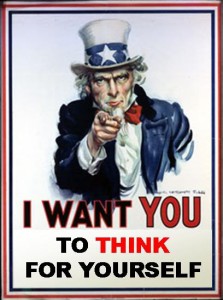 Critical thinking remains the best method. On a normal cruise, it is only advisable to follow the captain and crew recommendations, yet when the captain and crew are leaving the ship, without even announcing that the ship is in trouble as was the case on August 3rd 1991 on the MTS Oceanos, then it is time to take matter in your own hands. In that case it was the guitar player from the ship’s band who took the leading role and organized the rescue of the passengers.

Critical thinking at all times, questioning not only authority but everything and everyone, including yourself, avoids the political traps and is the best foundation of your personal security. The one caveat of critical thinking is that it must be brief; do not think to the point it delays much needed action.

Keep thinking on your feet; act as if you were your own wise and trustworthy bodyguard. Never let your guard down, even in safe places with authorities in charge of your security.