Posted on 18 August, 2014 by Patrick Estebe in General Security 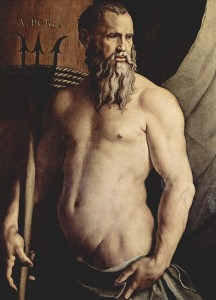 Old men don’t fight; they just kill you. We know this to be true as the news, always dreadful when it comes to the state of the world, regularly bring a smile on the face when we read that a not so young man or woman got rid of some bad guys either sending them to the morgue, the hospital or running for their lives.

History has a few legendary examples from Leonidas leading his Spartans from the front at 64, to the unbelievable Andrea Doria who took to sea for the last time at 84 to fight the Barbary pirates and decided only when he was 89 that he was too old to be fit for battle. This after a life time as a soldier of fortune and with whatever medical support one could have at the beginning of the 16th century.

More recently we have the awesome example of Billy Waugh who starts his book,” Hunting the Jackal”, talking about his age: “On December1, 2001, I celebrated my seventy-second birthday on the ground in Afghanistan, with a chitrali on my head and an M-4 carbine slung over my right shoulder. I was beyond cold, and I stunk in a way civilized humans are not meant to stink… The Vietnam-era shrapnel that resides in my knees and ankles felt like a bunch of frozen coins, and I was losing weight as if it were falling off my body.”

So for those who would believe white beards are not meant to fight should take heart; all is not lost, far from it… In 2010 John Williams won his MMA pro debut at 70!

Let’s look at the good news: 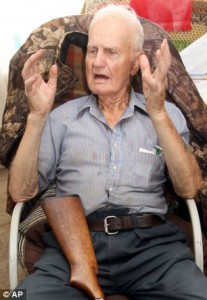 In the next post I shall cover the caveats of not being as young as the opponents; there obviously cannot be only good news. But all in all it truly looks like 60 is the new 40 and 70 is the new 50, thank mostly to our grandparents who fought so that we would be free, to our parents who worked to provide us valuable education and quality food, and to our doctors who helped avoid the debilitating consequences of the injuries we got when we were young and thought we were invincible. The picture on the left is WWII vet Earl Jones who at 92 shot and killed with a single shot a violent intruder, all the while sitting in his favorite armchair in Sept. 2012.