Hauteclaire SecurityA Ship Will Always be More Secure Than Any Real Estate.

A Ship Will Always be More Secure Than Any Real Estate.

Posted on 23 March, 2013 by Patrick Estebe in General Security

No matter how strong a castle you make your real estate, its moat can never come close to the expanse of water around a yacht. This is the reason no terrorist attack has ever been launched at oil platforms. But the best defense of a ship is its mobility, which for a privately registered ship can and should be cloaked with discretion. 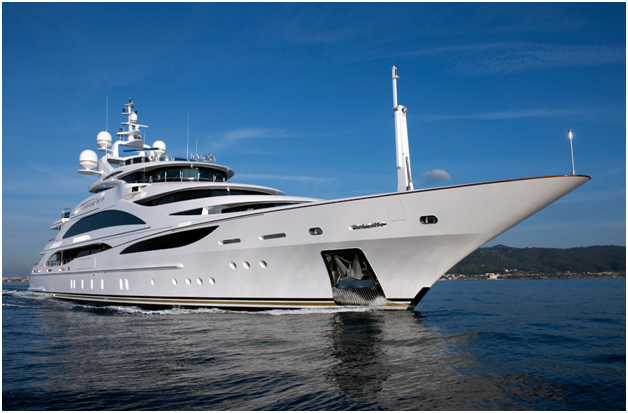 At the end of the 17th century when law and order became well established in the Caribbean and pirates were running out of safe ports, they simply set sail to the Indian Ocean, escaping capture. Closer to us, a few individuals have been avoiding trouble by remaining on one boat or another, maintaining discretion not only on their whereabouts but also whether they are on board or not. 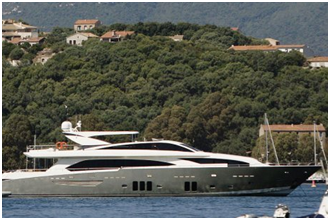 The assassination of Fabrice Vial, on August 12 2011, on the aft deck of his anchored yacht off shore Porto Vecchio, is a stark reminder that some essential measures must be taken to enjoy the absolute peace of mind a yacht can provide. A year later the police are still without any clue of what happened, a sign of a very professional hit.

Three key elements affect the security of a yacht. Sound strategy, acknowledging the 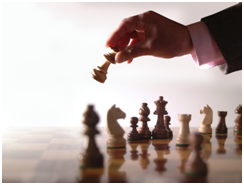 true security situation, and relevant tactics are paramount to the security of a yacht. Understanding the difference between tactics and strategy is essential; they can be simply defined in business terms.  Tactics is about doing things the right way, strategy is about finding what the right thing to do is. Strategy will always determine the outcome.

A comprehensive strategy or security concept should encompass the owner’s profile, the yacht’s type, cruise areas, and the crew profile. It is always much easier to start at the construction of the vessel as a few modifications can make a big difference and widen the future operational options.

Heads of state and other individuals with an understanding of security issues speak only to their war room for security. The yacht war room should consist strictly of the owner, his shore security adviser, the captain, and the captain’s maritime security adviser.  But most owners are business people, used to board rooms or, for more private matters, to committees (motley crews of family members, attorneys and business friends) decision making. This works well for most issues, but security is not one of these which benefit from committee/board room discussions. Strategy is established in the war room; it should never be discussed in the board room. 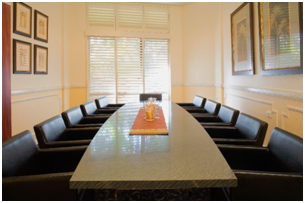 Surprisingly, in a committee or board room, being wrong is easily forgiven; the other players will help you, expecting your help in return when they are wrong. Being right, however, is a mortal sin; it brings apparent appreciation but cements lasting hostility that will override the search for the best security for the owner. This nonsense of course has no place in the war room, but as Themistocles discovered a long time ago, the very skills needed in the war room, that make you prevail on the water, are the very source of your demise in the board room. The realism of security is frowned upon in the board room, “not knowing” is not acceptable; models and proven solutions are expected. In the war room reality reigns; vulnerability is understood by all involved. Accepting the great number of uncontrolled parameters in any given situation is a major step toward operational security.  Most true security experts can only operate effectively in reality based war room meetings.

The major difference between the war room and the board room lies in the very intangible nature of security. On one hand there is the feeling of security; that is what the board room experts are keen to sell their CEO. On the other there is the reality of security; the only concern of the war room. The board room, providing the feeling of security, has clear advantage as they only have to hope the CEO will not notice he is provided with a false sense of security. The war room team, providing the reality of security can only hope that the CEO will notice. One can see why board rooms are still making security decisions, as the war room will tell the owner what he needs instead of what he wants. A board room will easily decide to have a commercial registration for the vessel, describing how piracy can be defeated easily with a professional armed escort, discarding at once any other security concerns.

Though it is quite interesting that by the time the owner’s profile has risen to the level where he needs security, his board room is not the sharp, innovative team it used to be but a group sedated by their own success, with politics downplaying the dangers both in term of business strategy and physical security. We all know that battles are won with good soldiers and that wars are lost because of politics; deciding who should take care of one’s security is an easy choice.

Interestingly the principals who truly understand security pay attention to their experts’ counsel and keep the board room people and other committees away from their personal security issues. Their vessels are true safe havens. With the principle of law giving way in more places to the principal of force, every yacht owner should look at his yacht as his best option in terms of security and listen to the counsel of his maritime security expert in the strict confines of his war room.

The second element of yacht security; acknowledging the true situation requires an open mind, capable of accepting new information. While piracy may be a serious threat to shipping and transiting yachts, the current threat to yacht owners is of a different nature. Pirates can be easily dealt with; no yacht or ship that had a professional armed escort has been successfully attacked by pirates. Two yacht owners were killed recently, none of them by pirates; one of them by terrorists when he left his yacht to go to a restaurant, and the second by a hit man while on his yacht.

The new element in yacht security is best called “Criminal Anarchy” a term coined some time ago by Robert D. Kaplan to describe the merging of organized crime and terrorism. Too few experts acknowledge that the enormous, tax-free profits generated worldwide by organized crime have been invested in many industries. The threat of organized crime is often dismissed because its structure escapes scrutiny; it is not a network structure that can be dismantled, but rather a rhizomatic structure that is profoundly rooted inside the very system it lives off. Therefore most of its activities escape the best efforts of law enforcement and in more and more cases the very determination of entire governments. Moises Naim has written extensively on the “Mafia States” the merging with terrorism is just the logical association of people with the same methods. Additionally a 2007 FBI report exposes the increased military organization and skills of most international and domestic criminal groups. These groups, importing their methods into the industries they acquire constitute the most serious and most underestimated threat.

Fabrice Vial had absolutely no known ties with organized crime, yet his assassination has the hallmark of a professional hit. This only proves that in business, just as in life, things are seldom what they appear to be. People consistently underestimate what the opposition, especially the opposition they do not know exists (unknown unknowns!) can do. The conclusion is not an invitation to paranoid security, just that assassination, if less probable, is a more serious threat than piracy. In an era of uncertainty, criminal anarchy is the most serious threat. For yachts to remain safe havens, this threat must be seriously addressed.

The third element of yacht security; tactics is a more delicate subject to broach in an article as the element of surprise is an important advantage in any confrontation, and I am not about to divulge our clients tactical advantages. It is essential to understand that there is much more to yacht security than CCTV, night vision cameras, glare projection lighting. These are mere tools; like most tools the most important issue is the expertise of those who will establish the procedures and the skills of those who will use them. The training of the crew is an indispensable corner stone. The training of the crew is not meant to take care of the vessel in case of a pirate attack; this is the job for professional escorts. It has been proven that professional escorts effectively protect the ships they are embarked on, and less professional escorts, in spite of the fact that these escorts were still military personnel (there is a big difference between military personnel and navy commandos) have embarrassed the owners and their governments. Yacht crew should not be charged with the security of the yacht in pirates waters.

Yet crew should be trained as important matters such as information are often overlooked in the era of email and social networks. The crew constitutes the first line of defense of the vessel and its owner and for that reason needs to be not only educated about the different threats but also how to respond appropriately and creatively instead of reacting predictably and play in the hands of the opposition.

A yacht can be the safest haven in the world. Just make sure your maritime security expert is exactly that; we have quietly provided unerring strategic counsel and effective tactical solutions to yacht owners for over 24 years.