Posted on 22 March, 2013 by Patrick Estebe in General Security

Most of us have seen the book, but I would bet none of us have read it. Beaudrillard’s “Simulacra and Simulation” mattered so much to the Washowski brothers that they gave it a prominent place in their first Matrix movie. This is the book Neo uses to hide his disks at the very beginning of the movie just before he starts following the white rabbit. This philosopher describes how our entire culture and system have become merely a simulacrum without any connection to reality. 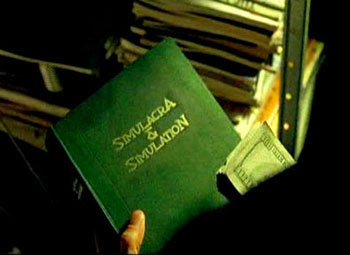 Obviously an article on Beaudrillard’s map has no more place here than an article on Plato’s cave, his predecessor on the subject; I have a more modest goal and only wish to bring captains and crew to question the reality of their security.

Many activities are learned through simulation and it has worked since the dawn of civilization. Flight and navigation simulators have become standard learning tools.

Many children learn the basic surfing pop up and standing motions on the sand, then of course in the water, and finally on small waves, it is a different story on the waves but they have the motions, and they can adapt, or not. Similarly sky divers will simulate/rehearse their figures on stools with wheels so that they get the order of procedures and then adapt the procedures to the reality of flight.

Trouble comes, when one jumps from simulation to simulacra. And that jump is made systematically these days in every field. Most are unable to see it. But when people are shot it is always because those in charge confused security and its simulacra.

How do we jump from simulation to simulacra? Imagine a kid who has only learned the surfing basic pop up and standing motions on the sand and has never, ever, actually surfed nor has seen the ocean. And now imagine the same kid teaching his own children how to surf on the same board on the same sand he learned the motions; his lessons have no value whatsoever because he just does not know what is the reality of surfing. The moment anyone who has learned, as is customary, through simulation, but for whatever reason never manages to face personally and physically the reality of what he learned intends to eith 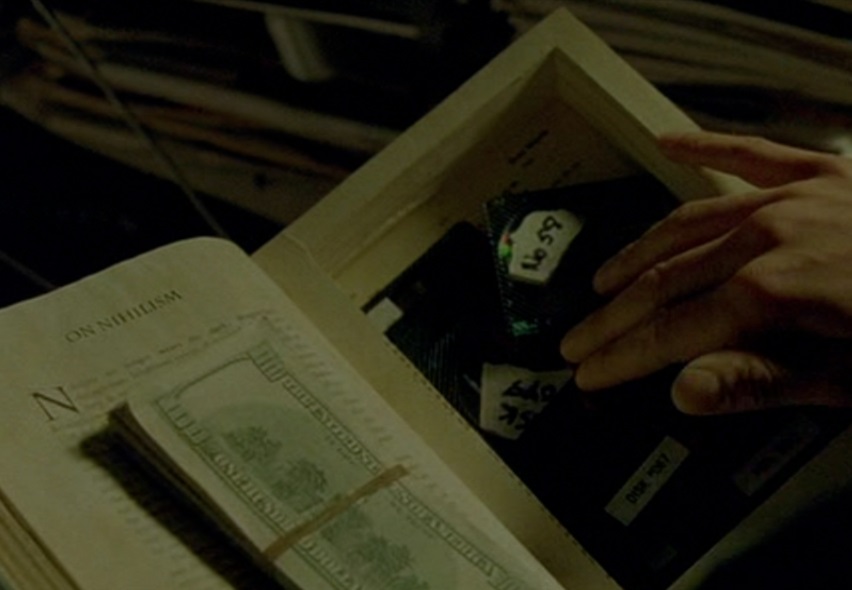 er give advice or, worse, actually teach, we jump from simulation to simulacra. One should never confuse the map for the territory, yet most decisions are made relying on simulacra.

Who would want to hear about the swimming technique of the man who actually never swam, even if he does know all the different strokes and practiced them on a bench to perfection? It comes as a surprise therefore to see the plethora of security advisers, who have never met any pirate, talking about the counter piracy procedures their clients should put in place on their ship or yacht. The same applies for all the counter terrorism experts, who have read everything about the subject but never met any terrorist.

The subject of course is a very stinging issue when it comes to policy as the system has to put procedures and licenses in place to avoid loss of control. And one can guess who will be in charge of these procedures… We have all become accustomed, and seriously annoyed, to the simulacrum of airline security and we all knew from the beginning that ISPS was the epitome of simulacrum. But we learn to accept this non sense because deep inside we were not overly concerned. Yet lately the world’s been devolving at an accelerated rate and many owners and captains are seriously considering security from various angles.

We can see the results of other simulacra every day in the news; the pilot who saved his passengers by landing on the Hudson River was an old timer who knew his trade for real. On the other hand the pilots of the AF flight that crashed in the Atlantic obviously had too much time in simulators and not enough on real flight emergencies. We can see the simulacrum when the captain of a cruise liner dishonors his profession with the most despicable behavior that could never be detected from his training in a navigation simulator. Simulacra kill people every day; it should be hunted like the plague.

One of the reasons for simulacra to have become the norm is a culture of compliance and due diligence; too many little squares to check without worrying if it actually match reality. All transport industries and most service industries are sick to their core with this nonsense, but when it comes to the security industry it should get everyone’s attention.

When you embark an armed escort it could be a very relevant to know for sure how much combat at sea experience these armed people really have.

We have said for only a quarter century, that no armed ship can be boarded by pirates, and it has now been demonstrated. But, we start seeing very strange things, largely unreported yet extremely disquieting, all incidents due to the fact that the escort whole or partly is a simulacra because it is short of real experience. An example made the news ashore: when the NYPD justifiably shoots a gun man in front of the Empire State building and wounds no less than 8 bystanders in the process, one can tell the officers’ performance was somewhat under par. When one sees an armed Police officer one assumes he is trained and experienced, and in fact he is. Trouble is, combat is a different kind of experience and lacking this experience there is no way to tell how one will react under pressure.

What will your armed escort do if things get seriously hot? How many bystanders wounded is acceptable on your ship?

From The Italian military who shot fishermen to the three “heroes” who jumped in the water when three pirates boarded their ship, to the wannabes who are regularly employed because they are the lowest bidder; we can all see that there is a serious concern for the captain and the crew who will share the ship with a group of armed men.

It is difficult to discriminate the real and the fake; the professional wrestler looks just as mean and as intimidating as the mixed martial arts fighter, yet one is real and hiring the wrong one for personal security could be in the category of mistakes that one makes only once. There have never been so many Special Forces! Quite ironic when one thinks that what makes them special is that they are as they say themselves:“so damn few!”. 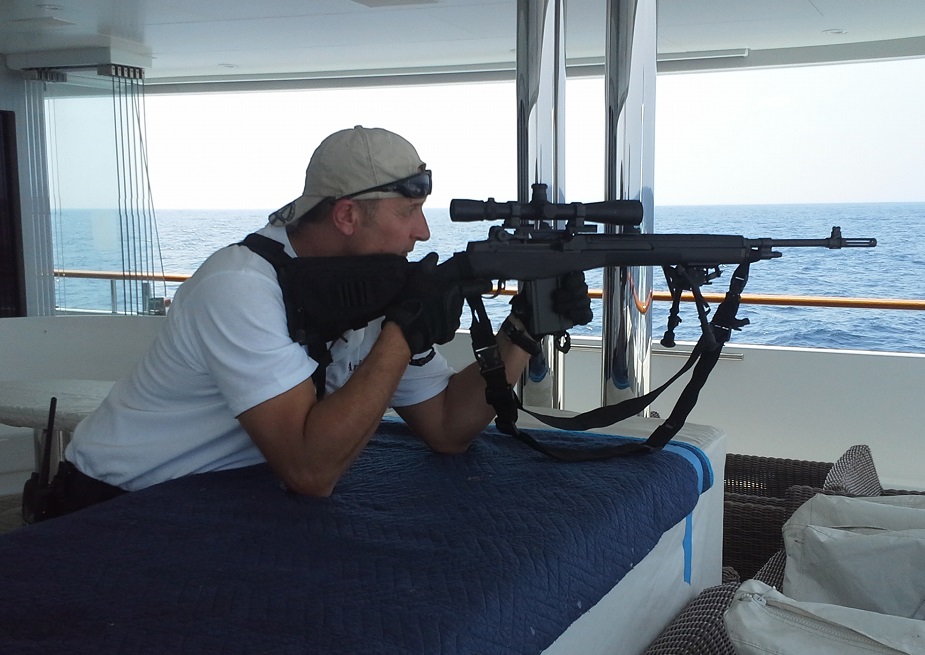 What is the real, authentic experience of the teams embarking on the ships and yachts? Has every one of them seen actual combat? It is one thing to be proficient with firearms at the gun range during the simulacrum of selection and/or licensing, it is an entire different question to have combat experience. There is no way to know how one will actually react when being shot at until this actually happens. Would you not want to be sure your team will keep serenity and with it effectiveness and efficiency before the proverbial matter actually hits the fan?

Some companies aware of the problem try to compromise by sending an experienced team leader, usually a navy commando along with a team of inexperienced if good willing young men. This cannot work in reality because if the situation becomes seriously hot the team leader will need wing men with his very experience who understand him and who will react appropriately under the most demanding circumstances.

So we are back to the issue of selecting an armed escort, it does not even matter how many armed escorts the team you embark actually has, because most of the time all is quiet on board. The only thing that really matter is whether or not every single member of the team has actual combat experience, and actual sea time. There are so very few real Navy commandos out there.

It could be relevant for managers to ask many questions and listen to the feedback of the captains as many of them have had to embark different species of operators and may develop a marked preference for authenticity.

It is paramount for the captains to be even more diligent about the selection of every single member the armed escort about to embark. We probably have all heard the same stories so there is no need to repeat them here.

Now, we can all see that world peace is not coming any time soon. Is it not time to get out of Security Disneyland and come to the real world? Will the owner be really happy to have spent real money for illusory security?

One good reason for that: in many fields when the music stops the worse that can happen is that one is out of a chair. Fired he will find another position. But in the world of security, when people die, those who made the decisions and chose simulacrum over reality often end up facing another music… in court.