Have An Exit Strategy At All Times.

Posted on 8 April, 2013 by Patrick Estebe in General Security

There is a very dangerous misconception in many people’s mind. Not sure of its origin; possibly the myths of the conquest of the west when small wooden military forts resisted because of superior fire power the attacks of small bands of Indians armed with bows and arrows. (No disrespect here to the Native Americans whose ancestors certainly deserved to be called braves; just evoking a possible model of the past). Perhaps it is an excess in self confidence brought by success in the dojo or at the gun range. In any case I have heard so many explaining to me how they would defend their dwelling against any intruders excluding any possibility of being overrun that I am truly wondering how to end once and for all this misconception. Many times I have failed to convince real estate owners that no matter how well defended they think their real estate is, and no matter how much firepower they think they have, it is no match against a swarm of attackers. So I am trying again here.
One way could be to simply say:”Remember the Alamo!” but the expression’s has taken another meaning, and few would understand that I am pointing to the fact that in spite of the extraordinary courage and fighting skills of the defenders the place was overrun by a superior numbers. Remember Custer could be closer. History is full of similar facts, and most castles have been taken regularly. No matter how strong the walls were and committed the defenders. The only ones to survive the onslaught were those, when the option was available, who could use a secret passage out and far away from the castle itself.
This author had the opportunity to see firsthand in Haiti the effect of superior numbers against well armed and defended government troops: it is a striking memory. In fact definitely not for the faint hearted, many who have seen it wished they could “un-see” it. The burned bodies of the soldiers and the utter destruction of the place where not a single stone of the walls is left do leave a lasting impression.
Recently we all have seen how the hordes of rebels in Libya and then 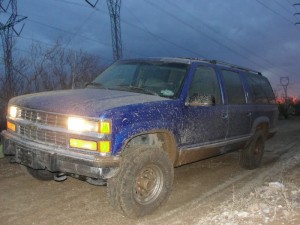 Syria defeated well armed military position. Since mercy is not the greatest quality of these rebels one can bet that the defenders did their best to avoid being defeated. Please understand that in no way I am suggesting that one cannot defend one’s dwelling; my entire life has been dedicated to security, under one cap or another, and I mean to keep doing just that, effectively and efficiently, and that requires a realistic approach of the available options. My purpose here is to point at an unbiased analysis of one’s defenses and see that while we should all prepare to defend against intruders, there is a point, a critical number of these intruders, beyond which very little can be done save dying with honor, like so many brave soldiers did in so many places they were asked to defend at all cost.
The purpose of security being quite different than that of the military, I would like to point out that the acceptable casualty rate in security is usually zero. A great many people who missed the writing on the wall in African countries, claiming:”Let them come, we can take care of them!” discovered too late that when “they” actually came there was simply too many of “them” and definitely not enough ammunition and gun hands on their side. They either saw their families butchered or got lucky and left in a hurry with the clothes they had on them. The battle of Rorke’s Drift dramatically depicted in the movie “Zulu” illustrates quite well actual the cost of defending with superior firepower against superior numbers. Now imagine that the Zulu had AK47 and we can all see that defending against that is impossible. If one would admit that most normal properties do not have a full infantry company to defend them, one would see that defending against overwhelming numbers can be heroic but is always suicidal.
In fact fighting is never an 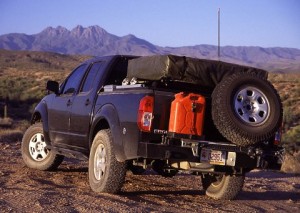 option in security; just like in nature, every confrontation is strictly defined by the predator/prey relationship and the result determined by who has, from the very beginning, the predator role and who is the prey. Predators are in fact very sensitive to the swarm effect and any predator will give up not only the ground but also his kill if confronted by a bigger predator or simply a number of “lesser” predators. Lions, the kings of the savannah have been seen repeatedly giving up when facing a horde of hyenas. They know better, have no ego and follow their instinct.
We should constantly be very aware of which side we are in any confrontation and definitely avoid any confrontation in which we are on the wrong side. Consider what the wise Solomon said:” Anyone who is among the living has hope –even a live dog is better off than a dead lion!” (Ecclesiastes 9:4). SunTzu also insists:” He who knows when he can fight and when he cannot, will be victorious.”
Firearms have reduced the importance of physical strength; they have not changed the importance of numbers. No man, who is truly one, is afraid of anyone, but everyone should be concerned with a horde. This is not to say that security equipment and firepower are useless, far from it. A well defended and well armed compound can certainly resist an armed group or gang, and if it is truly well defended it may even be able to resist a large gang. And small groups of rascals are still the most probable threat. Also swarms are quite unlikely in Alaska, there may be no need in that state and similar isolated areas to plan for anything else than repelling intruders…
It is vital to acknowledge that it is impossible to defend against a swarm of adversaries. We all know that most of us cannot own any kind of “Assault rifles” and that at best we all have merely self-loading rifles no matter what they look like and no matter what uninformed people call them. Let’s not be carried away by wrong designations, and keep in mind the limitation of most available firearms and the limitations of the people who may have to use them for self defense. And yes large magazines are a necessity in terms of security.
We should all keep in mind that in the military, the ratio to effectively take a well prepared and well armed position is considered to be 3 to 1 as a minimum 5 to 1 if possible. The other way around this means that defending becomes excessively difficult starting at 1 against 3, and that is from a well defended and well armed position. 1 against 2 in a normal dwelling is already a daunting challenge; so a swarm actually starts as soon as one is facing more than 2 adversaries against every trained and experienced gun hand present and alert at the time at the dwelling, ranch or compound. Counting women and children is delusional at best, just as is counting on unproven gun hands, as there is no way of knowing who will actually freeze in the face of danger… Or worse shoot in the wrong direction.
So, assuming your brother in law happens to be home and that your older son is back from his active duty tour, that your place does not have insurmountable physical obstacles and that you do not have Claymore mines, this means that any armed group coming at you larger than 6 should trigger your emergency exit plan. Not heroic but while there probably will be casualties on your side with a smaller group, not leaving shall only mean greater and more serious casualties.
Expecting reinforcements is only wise if your neighbor is your father in law and 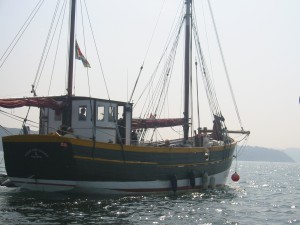 will come at any cost the defense of his daughter. Nothing is more dangerous than a false sense of security. Time to think seriously about the mythical secret passage… that does not exist. The only wise reaction to the attack by a multitude is a swift retreat. You will know in the first seconds if the first shots fired sent everyone running back home or if they came to fight. This of course is also fraught with all kinds of dangers and to avoid jumping from the pan into the fire one must have a well prepared “emergency exit” plan and implement it early enough to allow it to work. There still may be plenty of fighting but it will be a rearguard fight, which purpose is to protect the retreat of the core family group.
Once the vital necessity of having a sound exit strategy is understood, the itinerary, the destination and the means of this emergency exit should be planned as thoroughly as, and perhaps even more so than the defense of the real estate.
Patrick Estebe