Posted on 14 April, 2013 by Patrick Estebe in General Security

Security, in our fast paced, mundane lives has become a most misunderstood concept. So much so, that a large portion of the security industry is selling, more than anything else, the illusion of security. Providing their clients, sometimes knowingly, often in good faith because they themselves have absolutely no clue, a false sense of security. Merely escalating the race between the spear and the shield, not only is not enough, it is often counterproductive. Seeing all these people adding armor in all the wrong places, including their yachts is quite amusing as it can only lead to major security failures.

The fate of Carrero Blanco in December 73 was quite an illustration of the irrelevance of armor for security; strange that so few would remember it. It is an interesting case both from the simplicity of the IED, the proverbial lack of skills of the users, the ETA, and the spectacular effect it had as the armored car went flying over the houses and landed in the church cemetery. Armor is the ultimate example of the race on the shield side. The confusion here comes from the fact that armor is very useful for the army… because it allows it to maintain its mobility under fire. The point is lost in the realm of security where people have a tendency to huddle behind their armor thinking that it is the solution. Armor is as deceiving in the world of security where the game consists of out witting the opponent as it is useful in the army where the task is to defeat the opponent with the accepted risk of casualties.

In an interview with Bill Curry years ago, published in Yachting Matters (Myth and Reality of Security) and posted both in this blog and on our web site, I explained what Security is not, at length but perhaps did not expand enough about what security is. Do not hesitate to go back to it; it is useful to know what security is not. 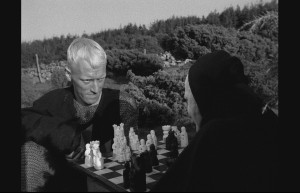 Now I would like to use a metaphor to illustrate better what the challenges of security are. Consider that you are playing chess against an adversary of unknown skills at the game; he may be good or not so good, you may not know because you may not meet him, but of course the only thing that matter is who between your security team and him is better than the other.

Consider also that he systematically has the whites, no toss here to figure 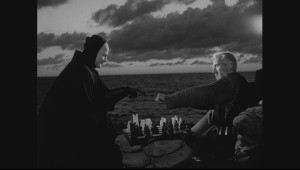 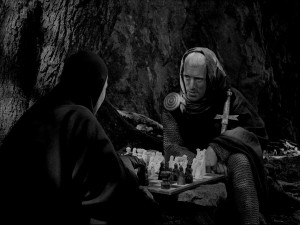 Consider further that the opponent aside from having the whites can see all your pieces, he knows where you live where you work, which school your children attend, what car you drive where and who you meet when you pretend you are at the golf club. But you, you cannot identify any of his pieces. You can see the pieces but you cannot assess whether it is a pawn, a knight, a bishop or the dreaded queen. His pieces look all the same; you have to infer by the way they move what they truly are, and certainly your opponent will make sure his moves do not betray the nature of his pieces that were not installed on the board in a predictable way either. And of course there are a lot of people around who have nothing to do with your security and your opponent, just making things more interesting. Is this family man with his children taking pictures of your house or your yacht because he finds it pretty or because he is doing his job?

Now this very interesting game of blind chess where the opponent has both the initiative and the element of surprise is the true nature of the security game. Is your security team up to this challenge? I remember an FBI agent interviewed about Russian organized crime complaining precisely: ”These guys play chess for fun!” demonstrating that there may be no lack of intellectual horse power on your opponent side, even if your opponent is not from Russia. What kind of intellectual horse power has your security adviser? It could be important because just like in the Bergman’s movie if you lose you die.
Your move!