Posted on 30 June, 2013 by Patrick Estebe in General Security

A good friend of mine commented on the previous post “have an exit strategy at all times”, saying that the difficulty to convince people that they may have to abandon their real estate comes from the “normalcy bias”.

“Not limited to, but most notably: The Nazi genocide of millions of Jews. Even after knowing friends and family were being taken against their will, the Jewish community still stayed put, and refused to believe something was “going on.” Because of the extreme nature of the situation it is understandable why most would deny it.”

“Little Sioux Scout camp in June 2008. Despite being in the middle of “Tornado Alley,” the campground had no tornado shelter to offer protection from a strong tornado.”

“New Orleans before Hurricane Katrina. Inadequate government and citizen preparation and the denial that the levees could fail were an example of the normalcy bias, as were the thousands of people who refused to evacuate.”

“The normalcy bias often results in unnecessary deaths in disaster situations. The lack of preparation for disasters often leads to inadequate shelter, supplies, and evacuation plans.”

As one of the characters says in the latest blockbuster:  “People don’t believe something can happen, until it already has”.  This would definitely explain why I have had so much trouble explaining why everyone should make evacuation preparations for security reasons.  There is a huge communication gap between the folks affected by the normalcy bias and those like me, who have no concept of normalcy. 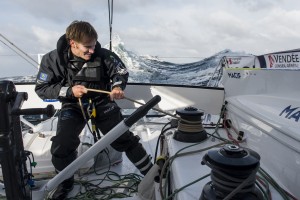 Indeed like most sailors, I am quite foreign to the very concept of normalcy: boats most often reach their destination but they have been known to also do quite a few other things and sailors do not take anything for granted. In fact they also definitively have an exit strategy at all times in the form of safety boats, no matter how good the ship they are on is supposed to be. Most experienced captains will also make sure their crew can go through the emergency exits even with a full blackout. Sailors are immune to the normalcy bias. 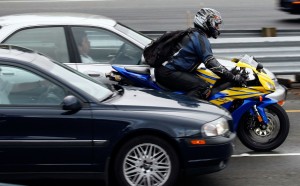 Bikers also appear to be immune to the normalcy bias as well, not even speaking about the gangs here; just mentioning that road travel on a motorcycle is seldom normal. Did you ever saw a biker riding and texting in the same time?  He is too busy making sure those who are texting in their cars will not run him over.   In fact bikers are caught in an interesting tactical difficulty as in any war on two fronts; safety on two wheels has much to do with going faster than the traffic, but then going faster than the traffic has a tendency to bring into the picture some cars with funny lights whose drivers have absolutely no sense of humor. And then of course there are the dragon flies that will make a blotch on the visor that blinds you just when you were accelerating significantly to pass a car and change lanes.  Bikers, like sailors are paying attention because in their world the sanction systematically follows the mistake and the death penalty applies often to infinitely small mistakes. 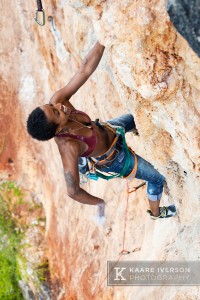 There we have it; a huge communication problem between those, unaffected by the normalcy bias, and on their toes most of the time, and their good fellow citizens who just cannot understand why on earth tomorrow would ever be different from yesterday.

The Tuareg nomads I met long ago in an interesting meeting between a seafarer and desert nomads used to say that a house is a tomb for the soul.  How can one communicate the danger of the normalcy bias to those who can simply not see how conditioned they became?

An essential step toward security would be to “get the hell out”; outdoors the normalcy bias fades quickly.  When climbing a mountain there is a deep feeling that gravity rules and that it will takes its toll in the blink of an eye given if given a chance.  Windsurfing, diving, or even simply swimming in the ocean will avoid being drowned in the normalcy bias.  Riding as mentioned before will definitely wake up the most inattentive person, or make a new statistic of her.  In fact anything that will bring your entire clan outside the living room and its flat screen monitor will also provide you a better perspective on the true nature of security.  The first step toward security is to understand and accept insecurity.