Posted on 13 July, 2013 by Patrick Estebe in General Security

The gangs got that one right; the group is mighty the individual is irrelevant. Every veteran knows it just as anyone with sea time. For the rest of us it can become tricky as most of us end up living far away from close friends and families. 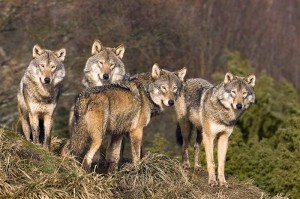 In an emergency, to regroup with your team is the immediate priority.  Do not waste time thinking about the fact that a man’s home is his castle; castles are easily over run when lacking man power, and your dwelling is probably very short on man power.  When the inevitable decision to get on the move is taken, where to go becomes a pertinent question that should be addressed long before the cars are packed.

Make sure that while you are heading for your friend’s or father’s place, they are not already en route to your brother’s.  Remember that cell phones are off line at the first big Boom, and may stay that way for a while.  Define the muster place or muster places so that everyone knows where to go even if out of touch.  If it is a boat, (an excellent idea) make sure everyone knows where it is and where it will go next for those who will miss the tide.  If it is a distant place in the mountains you may want to get together before getting there so that the trip itself is more secure.

Everyone should have, or be part of, a team; at least four other able bodied trusted friends to depend on. Especially if one has dependants; it will be much more productive for your family security to get some people together to go to a safe haven. This could mean about as many families as they are able bodied men but at least there will be more man power.  Those without dependants are somewhat safer because they can be more mobile, but they are still more vulnerable by themselves; the strength of the wolf is in the pack.  There should be a balance between the number of dependants and the size of the team, just like there is a balance on any boat between the number of passengers and the number of crew.  Do not ever leave anyone behind; just beef up your team until there are enough able bodied people to carry-on.

When selecting a crew for a job, I use the T.R.A.L.S. check list for each individual.  Trust, Resourcefulness, Alacrity, Loyalty and Skills are the deciding factors in selecting a team. 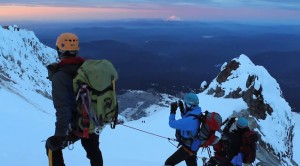 Trust is the glue of the team. Trust is more important than skills, intelligence or fitness.  Without trust nothing is possible. This is one of the roots of the world crisis; world elites have lost their legitimacy because they cannot be trusted anymore.  Trust has evaporated from our societies.  And trust must not only be present, it must absolutely go both ways; one must be able to trust his life to his crew, but the crew must absolutely trust the leader on/with their lives so that orders are executed promptly without question.

Resourcefulness is the second most important virtue because things seldom go according to plan.  There is simply no room for “No; can’t do” attitude.  Anyone with leadership experience knows how much energy is required to lead any group; resourceful people save a lot of that energy.  Resourcefulness is one of the parameters that make the difference between the crew and the passengers who could in fact be very valuable resources thank to specific skills such as IT people, but would lack resourcefulness.  The 2007 movie “Live Free or Die Hard” is a good illustration (stretched as only Hollywood can) of this association of one crew with great resourcefulness and one passenger with great resources.

Alacrity comes after, but in a civilization that promotes procrastination to Olympic heights it is often difficult to find. Yet as Napoleon said: “Strategy is the art of making use of time and space.
I am less concerned about the latter than the former. Space, we can recover, lost time never.” Security must absolutely be anticipatory; this cannot be emphasized enough.  Procrastination is the choice of those who would rather be victims.  Remember that we are what we do every day; do not expect your procrastinating friend to have prompt actions during a crisis, he may be a passenger as he is your friend but he cannot be part of your crew or team.  Anyone who needs to be told a second time what he has to do does not belong to the team; ideally there should hardly be any need to tell anyone what he has to do…  When every member of a team is pro-active and alacrity the ruling principle the potential of that team grows exponentially.

Loyalty tends to evaporate when people are outside their comfort zone for a substantial period of time; make sure your team members are neither fair weather friends nor chocolate soldiers who cannot survive the heat of the real world.  At the end of the day most individuals are simply loyal to themselves, or more precisely to the image they have of themselves.  So to find out how loyal one will be, you must figure out what image of himself this guy has. The clearer and the prouder the image, the more loyal and reliable the man will be.  The famous Shakespeare character Coriolanus is utterly proud of himself therefore he is utterly loyal to his country; his countrymen have no pride therefore they are utterly disloyal to him.  I tend to pick men who have great pride in who they are (not what they have!) as one can only be truly proud of himself with a proven track record of keeping his word.   Watching the latest (2011) interpretation of “Coriolanus” by Ralph Fiennes is a good way to get started on loyalty considerations. 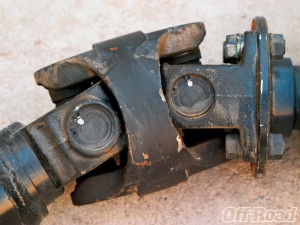 Skills come last but are certainly not least on the important virtues of the individual wolves of your pack. Having lead or been part of very many different teams for very different gigs, I cannot emphasize enough how important it is that different individuals inside the same team have different skills. A group of nerds will be quite helpless in a major security crisis, yet they can be a great addition to many teams that would have put too much emphasis on muscle or shooting skills.  Genius engineers/mechanics skills are in my experience the most important skills to have and protect in a team.  The Paris-Dakar race mechanics can change a universal joint in 15 minutes flat; this could save lives in a crisis when time lost will mean much worse than lost points.  Many people can repair the engine of a generator; fewer could convert it to natural gas, and fewer yet fix its voltage regulator.  In a crisis the skilled engineer/mechanic is worth gold; make sure there is at least one in your team.