Fool me once; shame on me.

May there be no surprise… about your security.

Surprise is a killer.

Alfred de Vigny’s famous poem “The Wolf’s Death” is about stoicism. Yet the inevitable doom coming from surprise is magnificently captured in one striking verse:

”he knew he was doomed because he was surprised.”

Surprise is almost always deadly in terms of security. Surprise, your opponents know is a key element of their victory. It is at best extremely difficult to recover from surprise; most of the time the recovery occurs in another place. 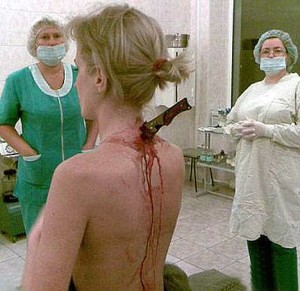 Negligence is the best environment for surprise to grow. As the problem with security is that most of the time nothing happens, many find acceptable to lower the security budgets, requirements and most importantly their attitude. Negligence can be so sweet.

This is how ships start hiring armed guards with a IQ south of 100 and no combat experience whatsoever, Police forces find acceptable to have officers with a waist size over 40”, and the Marines start recruiting personnel unable to do more than 3 pull-ups. What can possibly go wrong?

Even for foreign consulates in war zones it takes a violent surprise attack, resulting with unacceptable casualties to wake everyone up and get the security requirements back to where they should have always been. At the individual level, the same lack of discipline takes place over time, by almost unnoticeable increments. Many, rightly concerned with security at one time, obtained a concealed carry permit, and then, nothing happening let slip their training, this is always the first sign of negligence, and then stop carrying a weapon that has become cumbersome.

The individual though, should keep in mind that while those who lower the security standards at corporate or government levels are never those who bleed as a consequence of their decisions, at his level the said individual will likely be the one paying dearly for lowering his security standards, if not him his loved ones may be the ones bleeding because he allowed his adversaries to surprise him.

Yet, just like we all know, or should, that our health is very much in proportion with our fitness, itself a direct consequence of constant training and reasonable diet. Security is not different, and without becoming paranoid one should constantly maintain his security skills and his security awareness at the optimum level, or be ready to suffer the consequences without blaming anyone else.

With this being said; how can we avoid being negligent? As with everything we should remember that what we resist persists; so instead of fighting negligence we should rather see for ourselves that the root of negligence is mediocrity. There truly is no grey area here; either one has self respect, therefore is self disciplined and pays attention, or one is negligent. One cannot be a little bit negligent anymore than his girl friend can be a little bit pregnant. Being a little bit negligent can only lead to one being fully surprised by his adversaries. There is never a second place winner in any confrontation.

History is full of 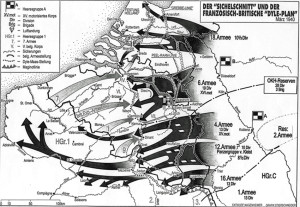 successful surprise attacks; from the sack of Rome by the Visigoths, to Washington’s Attack on Trenton, to the Six Day War.

In relationships and business the saying goes: “Fool me once; shame on you. Fool me twice; shame on me!” that is very sweet and nice in a protected environment, but an impossible luxury in the world of security.

When it comes to security the rule is:”Fool me once; shame on me.” The proof of this was experienced by the entire country when France fell under the German surprise attack of 1940. Before the attack, while voices were screaming, unheard, against the negligence going on, many abroad and in France believed France had a strong army. France had been surprised, and severely defeated, and needed a very long

time to recover from the shame.

There it is; can you find a way to keep vigilant yet relaxed enough so that this vigilance is sustainable? Or will you become negligent, the first indicator being training assiduity, and offer yourself for painful surprises? Are you alive, paying attention to everything as the predator watches its surroundings, quietly but attentively? Or are you zombified by television, video games, procrastinating on the workouts and a killer diet? Or simply constantly talking on your mobile totally oblivious of the rest of the world?

The choice is yours, and the consequences most definitely yours. To make your decision, you just have to keep in mind that surprise is a killer.