Posted on 22 October, 2015 by Patrick Estebe in General Security 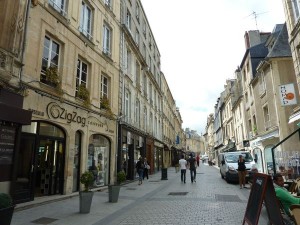 It was a wonderful morning, young and cocky as we can only be in our twenties, I was a Police Inspector (lieutenant) stationed in Caen.

Having enjoyed an espresso on a café terrace, I was strolling through the streets of this nice Normandy town. An avid Karate practitioner, a wonderful .357 Magnum MR73 holstered on my strong hand side, I truly felt invincible. Immodestly catching my own reflection in the shop windows I was contemplating how those around me had no clue that under the business attire was a knight in his shiny armor.

My self-contemplation was interrupted when a woman slammed opened her window at the second level street apartment to scream: “Help! Help! He is killing me!”

A damsel in distress! Persecuted by a villain! Ivanhoe could not get on his destrier faster than I climbed four by four the stairs to the apartment. Kicking the door open, I thanked providence; I had a worthy opponent. The man was strong and had a good 20 pounds over me. To paraphrase Corneille: defeating without peril would have meant triumphing without glory. Without further ado since it was a clear case of legitimate defense of a harmless woman from great bodily harm, I went into the fight. My round house kick had underwhelming results but allowed me to adjust the distance, and the following two punches found their mark; the man was off his feet with a bloody face, submission clearly expressed in his eyes. What a great day that was! What a wonderful feeling!

This is when the shrew attacked me, jumping on my back, clawing my face aiming to my eyes. Utterly confused I was also totally helpless and reduced to harmless defense, as I simply cannot hurt a woman, even under this traitorous attack. I tried to slam her against the walls, but she had wrapped her legs around my waist and was furiously trying to claw my face with her nails. I caught the look of mockery on my defeated opponent face; my glorious moment had become an absolute mess.

Luckily someone had called the Police and uniformed officers who were patrolling close by promptly came to rescue me from the shrew. They found the situation hilarious and I was not to hear the end of this one for a long time at the cafeteria.

Their advice: “Don’t ever get involved in a domestic dispute before you have a clear, unbiased, understanding of the situation.” was learned and implemented since that day by yours truly. 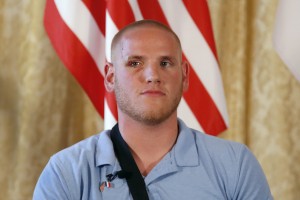 Unfortunately Spencer Stone the hero of the French train attack recently learned this same lesson the hard way. He was stabbed by cowards who were hitting a woman… only to see the shrew he thought he was defending get away with them in the same car. We wish this great young man prompt and full recovery and remind to all the advice learned long ago: “Don’t ever get involved in domestic disputes before you have a clear, unbiased, understanding of the situation”.

In International Politics this same advice is regularly forgotten, and we jump in many a Nation’s domestic dispute without a clear, unbiased, understanding of the situation. We helped the Afghans and they thanked us according to Taliban and Al Qaeda traditions. We helped the Iraqis and there too the glorious day ended up (to use appropriate language) in an absolute mess. We helped the Libyan rebels and they thanked us by attacking a consulate, murdering 4 US citizens in the process. But that does not stop the West from trying to help the Syrian rebels, and they will undoubtedly thank us in their unique fashion.

To be willing to help the helpless demonstrates virtue for an individual and greatness for a nation. But, it is unwise to allow ourselves to be deceived. We must be discriminating enough to remain compassionate without being hoodwinked.

Being insightful must come before being chivalrous.