Is your yacht security SEP?

Posted on 27 October, 2015 by Patrick Estebe in General Security

Douglas Adams introduced the concept of SEP: Somebody Else’s Problem, in his remarkable book Hitchhiker’s Guide to The Galaxy. “An SEP is something we can’t see, or don’t see, or our brain doesn’t let us see, because we think that it’s somebody else’s problem…”

Comprehensive yacht security would have shielded some guests from sinking deeper in the FIFA scandal. Many will say; not a bad thing. The owner of the yacht probably not so much, though before the crisis yacht security was probably an SEP… And the yacht was in secure waters. Before that Todd Humphreys proved to the world that he, and therefore others, could spoof a yacht GPS to steer the yacht off course, demonstrating that there was definitely more to yacht security than anti piracy measures. 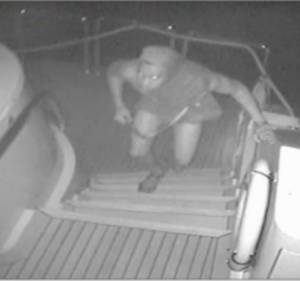 The very technology that allows the operation of modern large yachts offers cyber pirates the equivalent of swim platform to the traditional bad guys. Not mentioning the obvious wifi entry points there are so many IT doors to enter yacht systems. LRIT is the new piece of the chess board; the game is truly becoming interesting.

Additionally some owners or guests may want privacy from unfriendly governments’ state agencies; the higher the profile the more likely one bloc or another is interested. Given the utter complexity of current geopolitics, and their speed of change, is it wise to overlook these issues?

Comprehensive security would have saved the life of Fabrice Vial shot and killed in 2011 on the aft deck of his 40m yacht offshore Porto-Vecchio. There is more to yacht security than access control. We all know Mr. Vial is not the only yacht owner who would have been saved by comprehensive yacht security.

With the quantity of drones flying around in the hands of paparazzi; is it wise to have no measure (shooting them is a very bad idea!) against them? Is it wise to have yachts launched with up to date security systems based on obsolete security models? Candid pictures of celebrities are one thing, will the normalcy bias affect captains and project managers until a drone carries something else than a camera?

The increase of security issues led some owners to wisely decide to stick to areas that are safe and have been so for a long time. However with the significant investment a yacht represents would it not be also wise to keep all options open with comprehensive security in case the future does not happen as planned?

The recent stunning flight of the Israeli-Arab who flew from Israel to Syria to join ISIS on a paraglider on 10-25-15 blindsiding the Israeli Defense Force that was on high alert these days has nothing to do with yacht security but it certainly demonstrate that we have entered an era where Black Swans Events become the norm rather than the exception. 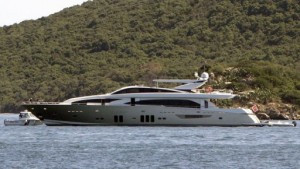 Some charters have proved to be nothing but the delivery of the very people who could not be spied, hacked or worse in their normal environment, to their discriminating opposition in a place where the principle of force overrides the principle of law. SEPs have the very odd particularity that they can morph into EBPs, Everyone’s Big Problem, fast (a few seconds) and without any warning of any kind.

The old concept for security, early-warning-appropriate-response is obsolete; there are no warnings. Security has to be anticipatory or it is no security at all, it has to be multidimensional or it is totally out-of-date, and it has to be sustainable. With this comprehensive security your yacht becomes what it was meant to be:  a mobile safe haven.